Last week I had what easily ranks as one of my most epic running experiences to date – the Cory and Edith Pass Trail Loop, just outside Banff. What’s more, I ran in the great company of Mike Fitzpatrick – “Fitzy” – the founder of Canmore Trail Culture (find it on Facebook!), the local trail running group and the subject of a future post.

I first read about this run in a February 2014 article in Canadian Runner by local runner Simon Donato. His vivid description of the trail left no room for doubt that this would be anything other than a truly challenging run in some spectacular scenery.

It did not disappoint. The run was everything Donato said it would be and then some: A 12.5k loop that boasts nearly 1,100m elevation gain and delivers “heart pounding climbs, stunning alpine views, gnarly single-track and flat-out downhill running on some very buff terrain.” Or, as Parks Canada describes it: “the most strenuous day hike in the Banff area”. It looks like this on Strava: 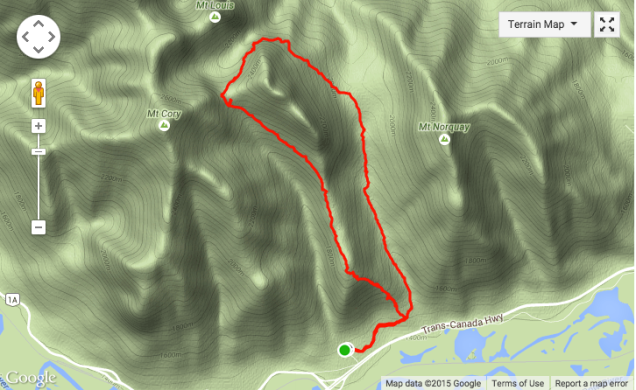 Donato’s article succinctly explains all you need to know about how to access the trail head (only 5 minutes west of Banff, along the Trans Canada Highway) and about the route itself so i’ll not repeat any of that here.

What I will say is that this was one of those runs where you’re soon intoxicated by the sheer beauty and majesty of your surroundings. And that’s a good thing, because the climb up to Cory Pass is a bit of a grind. Sections are runnable (quite a lot of it if you’re Fitzy), especially after you hit the 3km mark. Up to that point, apart from some gentle, undulating trail in the first kilometre, it’s really one long and indeed “strenuous” power hike up some dusty, rocky and, at times, steep single-track switchbacks: 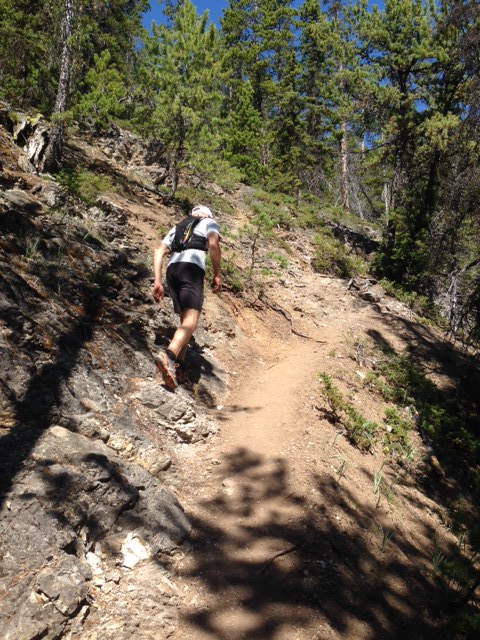 But fear not, the views along the way are jaw-dropping and really help to take your mind off the pain:

Some of those views also reveal just how far you have to go which can be either inspiring or demoralizing, depending on your physical and mental state:

It was towards the top of the climb that I began to ask myself at what point altitude affects performance. That I kept asking myself the question, over and over until I reached the pass, without trying to answer it, would suggest it’s around 2200m.

What breath I had left as I reached the pass was soon taken by the view that opened up before me of an imposing Mount Louis:

And if such an incredible view is not reason enough to feel elated, it’s almost all downhill from the pass. At first through some remaining snow, scree and then rocky single track along the other side of Mount Edith with yet more spectacular mountain vistas to take in along the way: 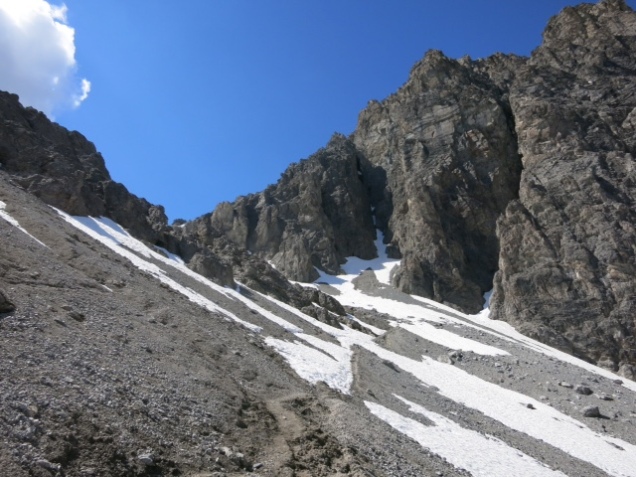 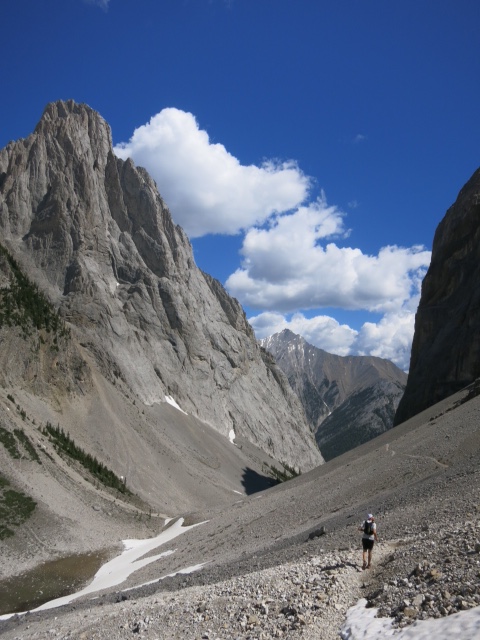 Eventually we left the rocks and scree behind and headed along narrow, twisty and fast single track through the trees… 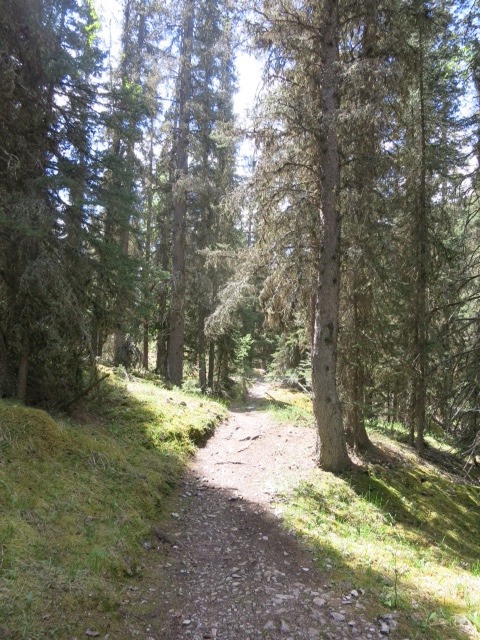 …and eventually back to the trail head where it all began. 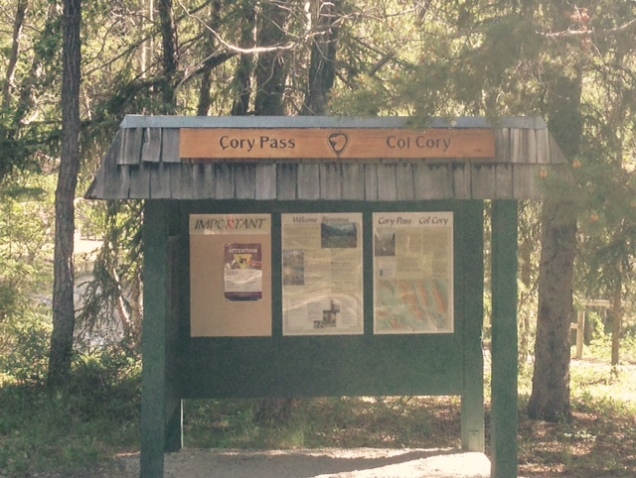 All in all, an awesome morning on the trails and one to be repeated very soon. Thanks to Fitzy for leading the way.

2 thoughts on “The Cory and Edith Pass Loop: Pure Awesome”