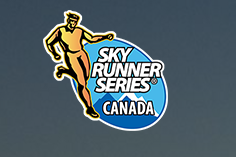 Following on from my earlier post about the Skyrunning World Series, Skyrunning Canada today announced the Canadian Skyrunner Series – a point based race series comprised of mountain trail running events.

Vertical VK In a VK, races must have a total vertical gain of 1000m in 5km or less (5% tolerance admitted).

Points are awarded for each race in the Skyrunner Canada Series. There will be a Men’s and Women’s National champion in each of the three categories.

Runners will have their top 4 performances in each discipline taken into account for National Championship.

Skyrunning Canada have pulled together an impressive series of awesome Canadian trail races in Alberta, British Columbia, Nova Scotia, Ontario, Quebec and Saskatchewan that run between May and October: 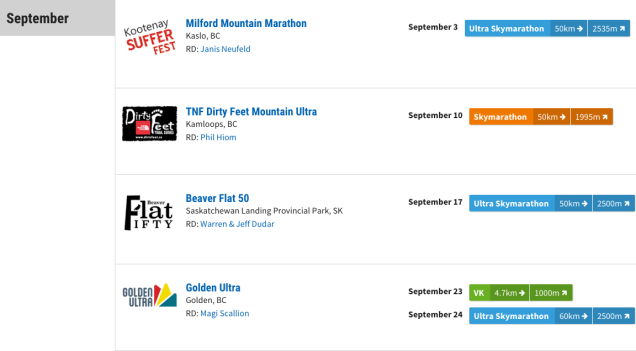 The Ultra Trail du Mont Albert will also play host to the Vertical discipline of this year’s North American Championship. The Sky and Ultra Championships are in the USA at the following races: Audi Power of 4 50k (Ultra) and Flagstaff Sky Race (Sky). Points from these races are used in the International Skyrunning Word Series rankings.

It could be a busy summer.